CBA is a 501(c)3 Public Charity dedicated to Feline Wellness. EIN 88-0727898
Bruce and Lulu are back to being inseparable and no more fights. I am very thankful. Erica H, Casting Director, My Cat From Hell
Just wanted to let you both know how effective our session was and how much I appreciate you both. Worth EVERY penny! Happy Cat Parent
They are "Rad Cat Mom's!" Mayim Bialik, Actor, BIg Bang Theory, Call Me Kat
You have 30 cats between you? I aspire to that! Chef Bobby Flay, Made By Nacho
My new family member is now successfully integrating with my older cats. Life is happy and everyone is calm. Thank you so much! Happy Cat Parent
Rita and Linda are the "Dynamic Duo" of Cat Behavior! Arden Moore, Pet Safety Guru, PetFirstAid4u.com
I am a big fan of your show, 19 Cats and Counting! Margaret Cho, Actor and Comedian
Thank You both for your help with Kitty! Callie McCullough, Singer and CCMA Nominee
Cat Behavior Blog “The Mews” Cat Behaviors Separation Anxiety in Cats

How to Help your Cat Defeat Stress 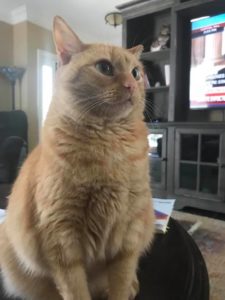 Picture this: you’re leaving for work, you grab your keys and head toward the door but your cat is following closely, meowing loudly non-stop. At the end of the day, you come home to find your cat has left signs he is upset. The litter box is clean, but nothing else is…

Signs of Separation Anxiety
Some cats bond so tightly to their humans that being left alone causes them great distress.

Your cat could be suffering from separation anxiety if he: 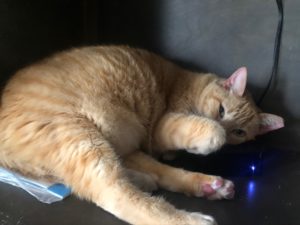 As the sensitive creatures they are, expressions of anxiety in cats happen in some subtle, and not so subtle, ways. While it might feel as if your cat is punishing you for leaving, in reality his behavior is meant to self-soothe and bring him comfort.

Why Cats Have Separation Issues
It’s not uncommon for cats orphaned as very young kittens, or who were weaned from their mothers much too soon, to develop separation issues and unusually strong attachments to their humans. Parting with their mothers at such a tender age may create lifelong feelings of abandonment. Many years ago, I had a kitty named Precious, who at the age of 4 weeks was found crying under a bush. She became very bonded to me, and would hide all day while I was at work. Even my pet sitter never saw her. 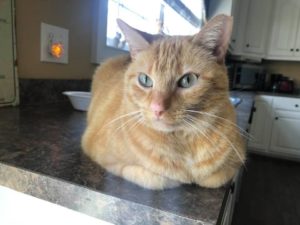 Cats who are not fully socialized may also exhibit signs of distress when their human leaves the house. If a cat has only been exposed to one or two people, then it is probable he will feel nervous while home alone without that person, especially if it’s for a prolonged period.

Likewise, a cat that has no stimulation at home, apart from interaction with his human, could also have problems separating. Kitty may be so bored and lonely that he feels stressed when home alone. I’ve conducted more than a few behavior sessions in places where you would never know a cat lived. No cat trees, no toys, no window perches, no kitty friends, it all adds up to no fun and lots of boredom for a cat. 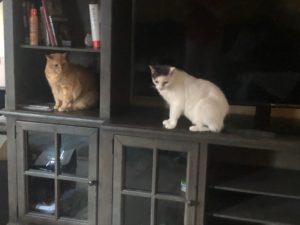 This was the issue with my Rosie, the orange tabby who is in these photos and video. When I first adopted her, she had had only negative experiences in her previous homes. Once she began to trust me and come out of her shell, which took weeks, she became very clingy. Rosie exhibited separation anxiety whenever I left the house.

As she slowly began accepting my other cats, and finally other humans as I exposed her to more people, her anxiety declined and finally went away altogether.

Once health issues have been ruled out and it’s apparent your cat is having problems separating from you, there are things you can do to make it easier for you both.

Behavior Modification: A cat experiencing separation issues is conditioned to become upset when he sees certain actions or items that tell him you are leaving. The idea is to desensitize these items and actions, so they have no meaning to your cat. For example, pulling out your suitcases to pack for vacation or simply putting on your coat and pulling out your keys could trigger his anxiety. He knows you are about to exit the home when he sees these items.

Try leaving your suitcase out at a time when you aren’t traveling. Pull out your keys a few times a day, but don’t go anywhere. Leave your jacket out for a few days. Soon these cues will lose their power and your cat won’t become quite so anxious to see them. When you do leave the house, make a point to distract your cat with some treats or a toy before quietly slipping out the door, without any long good-byes.

Environmental Stimulation: Organize your cat’s surroundings so he has fun things to do when he is alone. Add a cat tree so he can sit up high to view his world. Treat balls filled with his favorite snacks will keep him busy for hours, as will hiding goodies in several places around the house.

Placing bird feeders by your cat’s favorite window perch will also keep him entertained, and if he is an only cat you might want to consider getting him a friend. He won’t even notice that you’re gone!

Music or Television: Leave some soft music playing or a television on low volume so your cat doesn’t feel like he is alone. Videos showing birds or colorful butterflies will keep him glued to the television for hours.

Exposure to Other People: If your cat isn’t used to anyone else being around but you, he could become fearful of others. Have a few friends come over from time to time, and let them offer your cat a favorite treat or toy. It might take a few repeated attempts before he is brave enough to come near, so be patient.

Getting him used to other people will make him a less anxious cat overall, and will help him to accept other caregivers when you go away on vacations.

Anti-Anxiety Medication: In very extreme cases of separation anxiety, medication may be needed before your cat will respond to the steps above. If nothing you’ve tried so far has quelled his anxiety, talk with your veterinarian to determine the best course of action for you and your cat.

** It’s important to note that health related concerns could be the true cause for your cat’s actions, and not separation anxiety at all. A trip to your veterinarian to rule out a physical cause for your cat’s behavior would be a good first step in getting to the bottom of his actions. ** 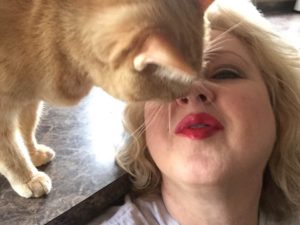 Helping your cat to become less upset when separated from you may take some work, but soon he will be a happy cat even when you are away. Of course, he will always be at his happiest when you are both at home and snuggling together. 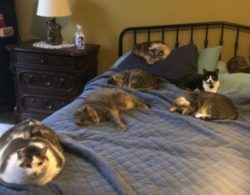 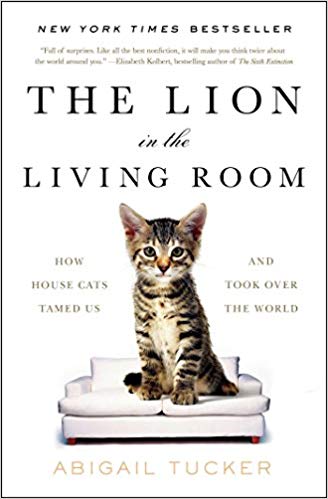