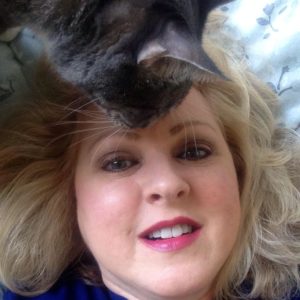 Cat Behavior Expert, Rita Reimers, knows cats very well. She has always been drawn to animals, cats in particular. And they have always been drawn to her. Rita possesses a unique ability to understand the tender nature of cats, and she shares her home with cats of all ages and temperaments.

“I never met a cat I couldn’t help,” says Rita. “I understand cats and their subtle ways of letting us know what they want, and it’s become my mission to help cat owners understand and communicate better with their felines.” 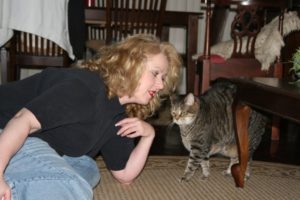 Rita’s “cat magic” comes from her over 30 years of experience as a multi cat owner and cat rescue worker. Understanding cats and their behaviors is a natural ability for Rita, and she considers it her “calling” in life. Her Cat Behavior Counseling services have helped people better understand their cat companions, and find solutions to issues that might otherwise cause a cat to be surrendered to a rescue or shelter. 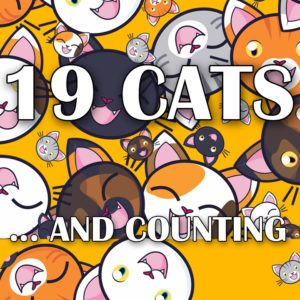 Rita currently co-hosts a radio show on Pet Life Radio with her BFF and fellow cat behavior expert, Linda Hall, affectionately called 19 Cats and Counting after the number of cats she currently lives with. Together they also host their YouTube series, Let’s Talk Cats, as well as co-author a cat behavior blog for Litter Genie’s Kitty Korner.

Both Linda and Rita are also supporting members of the IAABC, International Association of Animal Behaviorists.

Rita also writes a Cat Behavior Help and Advice column called “A New Cattitude,” which is featured in every issue of Catster Magazine. She also written specialty articles for Catster, featuring such notables as Mayim Bialik and Chef Bobby Flay.

Additionally, Rita also writes regularly for such respected websites as wikiHow and be.Chewy.com. She is also a sought-after guest writer, providing her advice for pet care companies such as Litter Genie, Meow Mix, and 9Lives. Rita and her 19 cats, and Linda and her 11 cats, are often asked to test products for companies such as Pretty Litter, Purina, Clawguard, Oxyfresh, and Zesty Paws.

Rita has been interviewed for and quoted in Cat Fancy, as well as in the CATS USA ANNUAL, and KITTENS USA. She has also been a contributor to websites such as Chewy.com, Catster.com, Litter Genie’s Kitty Korner, Vocativ, and Mental Floss, to name a few.

As if all that doesn’t keep her busy enough, Rita is also the Founder and former CEO of Just For Cats Pet Sitting, which she ran for nearly 18 years. Rita recently merged her company with Meowtel, owned by the wonderful Sonya Petcavich, where Rita is now an Advisor. 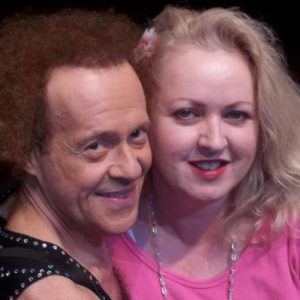 Fun Fact about Rita: From 2005 until 2008, Rita was heard live weekly as an on-air personality and Associate Producer of the “Lighten Up with Richard Simmons” show, heard exclusively on Sirius Satellite radio station Stars 102. You can also see her in Richard’s “Party Off the Pounds” workout DVD, and his “Love Yourself and Win” DVD, which she also Associate Produced. You can also see Rita in Richard Simmons’ last video series entitled Project Hope.

Click Here to learn more about our Cat Behavior Sessions

Territory is the most important thing in a cat's life. If something disrupts their territory and feelings of security, they will feel extremely threatened. Unwanted behaviors are often the result.

ON THE DAILY MEWS BLOG

GET THE LATEST NEWS FROM RITA, LINDA, & THE GANG

END_OF_DOCUMENT_TOKEN_TO_BE_REPLACED

Access to loads of cat resources, discounts in our store and much more!

KEEP UP WITH THE LATEST CAT MEWS FROM RITA AND LINDA, THE CAT BEHAVIOR ALLIANCE!