CBA is a 501(c)3 Public Charity dedicated to Feline Wellness. EIN 88-0727898
Bruce and Lulu are back to being inseparable and no more fights. I am very thankful. Erica H, Casting Director, My Cat From Hell
Just wanted to let you both know how effective our session was and how much I appreciate you both. Worth EVERY penny! Happy Cat Parent
They are "Rad Cat Mom's!" Mayim Bialik, Actor, BIg Bang Theory, Call Me Kat
You have 30 cats between you? I aspire to that! Chef Bobby Flay, Made By Nacho
My new family member is now successfully integrating with my older cats. Life is happy and everyone is calm. Thank you so much! Happy Cat Parent
Rita and Linda are the "Dynamic Duo" of Cat Behavior! Arden Moore, Pet Safety Guru, PetFirstAid4u.com
I am a big fan of your show, 19 Cats and Counting! Margaret Cho, Actor and Comedian
Thank You both for your help with Kitty! Callie McCullough, Singer and CCMA Nominee
Cat Behavior Blog “The Mews” Cat Adoptions Betty White: My Memories of Her 90th Birthday Party 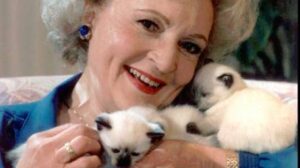 We Love You, Betty White!

I was living in Los Angeles, having long ago left the corporate world for one of growing my Cat Sitting company, offering Cat Behavior help to my clients, working with Richard Simmons, and volunteering with a local rescue at weekend Petco Adoptions.

Living the dream, but also broke by LA cost of living standards, I was invited by Actors and Others for Animals to attend a 90th Birthday Bash and Fundraiser for THE Betty White!

Betty White?? America’s favorite sweetheart? As someone who grew up in the 70th with the Mary Tylor Moore Show, I was giddy at the thought of attending! As it turns out, Betty, like myself, is a huge advocate for animal rights. 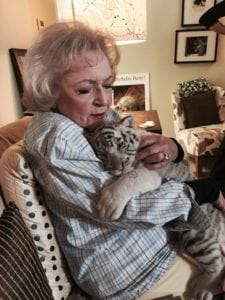 I had been in LA for nearly 9 years by then, and had done very few things “for myself.” SO, I scraped together the cost of a ticket (a $200 donation to Actors and Others for Animals), and decided to go. By myself. All my friends had regular day jobs, so I was on my own.

Still pretty timid (even at the ripe old age of 50), I was seated at a large round table with other people who, like me, were there to support the animals and wish Betty a happy 90th! Outwardly I held my composure, but inside I was in awe at watching stars like Loretta Swit (MASH), Jo Anne Worley (LAUGH IN), Jaime Lee Curtis (HALLOWEEN), and so many other well-known stars just being people. They were bustling about, making sure everyone had what they needed. IMAGINE being served lunch by people of this stature! 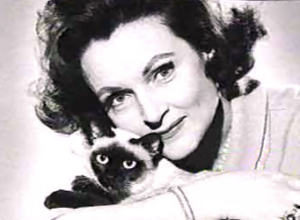 Although I had been working with Richard Simmons for years by then and had also met a good number of other famous people, I felt I was really in the midst of Hollywood. Hosting the party were many of the people I watched from my teenage bedroom on a black-and-white TV, back in my hometown of Buffalo NY.

My knees were knocking by the time the guest of honor was announced and lead into the banquet hall.

Paraded down the walkway (which passed DIRECTLY by my table) was THE Betty White, accompanied by her Hot in Cleveland costars,

Valerie Bertinelli, Jane Leeves, and Wendie Malick. The tribute to Betty was sweet and heart-felt, from Valerie Bertinelli talking about Betty’s comedic timing, to Jamie Lee Curtis tearfully reciting a story about realizing Betty “really really likes me,” and the many others who paid tribute to this wonderful lady.

Shy me, I did not try to meet her nor any of the stars afterward, but was again caught in awe waiting for my car in the rain, standing with the likes of Gavin MacLeod (LOVEBOAT) and many others. (I would later formally meet Gavin at another event.) All of us were standing in line together, no one better than anyone else, waiting for our cars. That’s one thing I miss about living in LA, seeing stars going about their day, being just the same as us. That’s a story for another day.

Booking Betty White (it was not to be…) 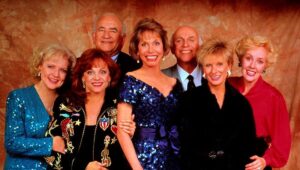 Flash forward about 10 years. Having moved back to the Carolina’s, now co-hosting a Pet Life Radio Podcast show, 19 Cats and Counting, with my BFF and Business Parter, Linda Hall. More notice from Hollywood was coming our way than I got when I lived there, plus I am not quite as shy anymore. (Age 60 will do that to you. If only it happened when we were younger!)

Linda and I have booked some pretty notable people on our beloved show, and, of course, we tried to book Betty White. Having her on the show was our fondest wish. Our Pet Life Radio producer told us we could try, but he had been told Betty was no longer accepting booking engagements.

As foretold, Linda and I were unable to even get responses from Betty’s people. I understood it; Linda and I were once among “those people” shielding Richard Simmons from such requests. But I though that perhaps Betty’s people were considering it, as much as Betty loves animals, and since we had not received a hard NO.

Then I remembered, one of my past cat clients is a friend of Betty’s. I sat on the fence wondering if I dare ask him for an introduction, just as I pondered years before when I saw a photo of my client and Betty on his living room side table. As I was about to go ahead and contact this person when, with Linda and I both sick in our respective beds (and 800 miles apart) from COVID, I saw a missed call and then a text from Linda come across my i-Phone.

NO, Not Betty White!

Through my fog, I managed to call Linda back. Did I read that right?

Just 17 days shy of her 100th birthday, Betty White went home to God and into the arms of her beloved Allen Ludden, as well as to the many pets on the other side of the Rainbow Bridge. I like to believe she’s greeting them all, not just her own pets.

Although I will always regret that I didn’t get to meet and/or speak with Betty myself, none the less she touched my life and the lives of so many, both human and animal. 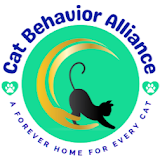